Registration on NGO Darpan portal is compulsory for FCRA

This is a free facility offered by the NITI Aayog in association with National Informatics Centre to bring about greater partnership between government & voluntary sector and foster better transparency, efficiency and accountability. 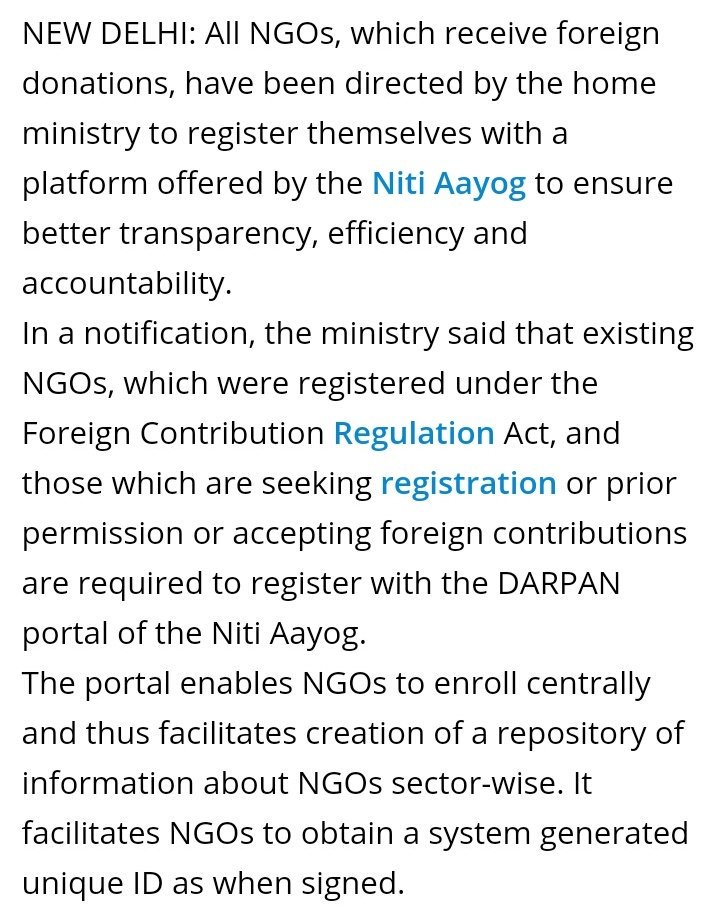 The NGO-DARPAN started out as an initiative of the Prime Minister’s Office, to create and promote a healthy partnership between NGOs and the Government of India. The Portal is managed at present by NITI Aayog.